Capture and hold the three zones to score points. First team to reach score limit wins.
"Players are split in two teams. Each team tries to capture one of the 3 zones spread across the map. The zones can be captured by standing near their flag for 10 seconds without interruption. 1 point is scored every 5 seconds while a zone is controlled by a team. First team to reach score limit wins."

Strategy: never leave a zone unattended! The key to winning Zone Control matches is to always secure what you already have. Capturing a zone currently held by the enemy is always a dangerous thing. Once a zone is captured, have one or two team mates survey the area from a safe distance while the rest of the team carries on to the next area. 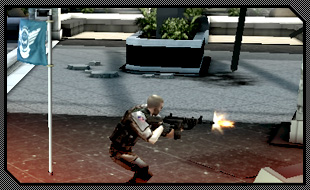 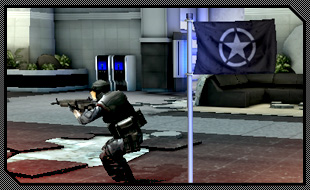