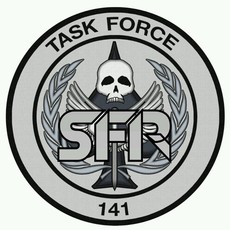 About
[clan sfr] made by: SFR_PERSIAN_CAT

Briefly Introducing Our Clan SAFARI
Our clan SAFARI has been rebuilt after the dormant days of the previous SAFARI.
The following our clan's motto:"competing regardless of the differences between the serverand improving the skills while playing"

We are now recruiting members who can play with our clan, as a member of the family. We don't allow members who are only good in gaming. We consider your personality the most between a lot of traits we check when testing.Our SAFARI clan is famous for its long history.
This clan has started from MC2 and has been continued until now.
The unique tradition and the playing style of SAFARI is matchless with no other clan in Korea.
We are also famous for our professional players.We personally believe that we do not lack both our skills and our techiniques,compared to other clans globally, and of course, in Korea.As previously mentioned, it is notable that there can be differences in the server.Our SAFARI clan both recruit members from IOS and also in Android.SAFARI supports all devices and all server(version).There are some simple rules you need to follow in the clanand certain conditions you need to satisfy in order to register for the clan.For both IOS and Android users, your level should also be at least 40, and your KDR should be 2.50 or higher. Furthermore, even though you qualify these conditions,you did to take tests with our clan testers.
Edit
comments powered by Disqus