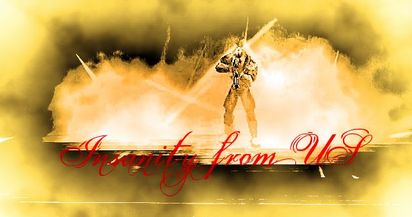 About
Team IfU was created by two players, IfU_jestrada (now known as IfU_jestrada_R1) and IfU_shark_gosth (now known as IfU_shark_R1). What does IfU mean? Many people have thought it meant many things, when it really means "Insanity from Us". IfU is a team, many refer to it as a clan. Any player of Nova 1, Nova 2, Modern comabat 1..2 or 3 who is interested in IfU, may ask one of the leaders of IfU or the recruiter to join. The leaders are IfU_jestrada_R1 and IfU_shark_R1. and the symbol of IfU is the Phoenix